Neo-Nazi in Ukrainian Power is a Crucial Challenge to All Lefts in Ukraine and Russia by J. Abramson 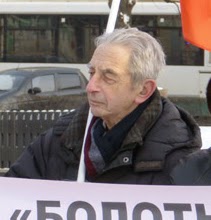 Massive actions in Kiev and other cities since October 2013 till February 2014 have demonstrated that Ukrainians are been tired due to injustice and total corruption, due to anti-social policy and authoritarian power behavior. They have shown total bankruptcy of “guided democracy” pattern foisted on the people by oligarchs. In the same time the tragism of the situation in Ukraine reveals itself in that that broad social protest of active majority of Ukranian people labor part has been used by liberal-nationalist opposition and by the part of oligarchy standing behind it. Their goal was – to lead in the power their collaborators who will continue anti-social policy of liberal reforms under banner of Eurointegration. The events after February, 21-22, have put Ukraine on the border of the disintegration and civil war. Political forces came to power in Kiev have already in first days demonstrated their anti-communist, anti-Soviet, anti-Russian intents. Regional power is being transfer itself to local oligarchs of pro-West orientation.

All this naturally have generated the resistance in East and South regions of Ukraine. Main mass of Maidan antagonists due to their organizational weakness tied their hopes with the help from Russia thinking that “rich and powerful Russia” will save them from coming social-economical and political crisis. Ukrainian crisis has split not only Ukrainian but also Russian society on the supporters and opponents of Maidan. The supporters of Maidan, of the overthrow corrupt Yanukovich regime usually do not want discuss the questions about non-legality of new Ukrainian power, about the reasons of Russian language Ukrainian population's such harsh reaction on chauvinistic statements of the “Ukrainian national revolution” leaders. The refusal of liberal part of these supporters to give adequate estimation to Banderaist from the Party “Svoboda” (“Freedom”) and from “Right sector”, to demand from their likeminded persons in Ukraine to dissociate themselves from these neo-Nazi surprises especially. So as the refusal from the demand to investigate the history with non-identificated snipers killed hundred of the fighters from “Berkut” as well the Maidan defenders. In their turn, Maidan opponents as in Ukraine, so in Russia don't want even hear about the danger of the unleashing the military conflict between two Slavonic peoples. They trust in low battle-ability of Ukrainian army and in the divergence between EU, especially Germany, and USA. They justifay this imperialist character of Putin's Russia policy by the aggressive essence of USA imperialism putting the interests of South-East Ukraine and Crimea Russians defence higher than the norms of international law about the respect to territorial integrity of the sovereign state.

It is significant that even left supporters of “the return Crimea to Russia” ignore the questions about non-legality of power change in Crimea under military control of Russian special forces, about influence of these events on the results of Ukrainian president elections etc.

The question about the right of Crime population on the self-determination up to join Russia is crucial one for the solution the Ukrainian crisis. Lenin slogan about nations right on the self-determination is indisputable democratic principle of the solution the conflicts between nations, included after Second World War in all international pacts about humans rights. This principle has the priority over the principle of territorial integrity of the state that by force suppresses that or other people. This position was firstly fixed in the October revolution Peace Decree in which annexation was understood both as the conquest foreign territories so also as violence prohibition to right of nations on the self-determination.

Thus the promotion by the lefts the slogan about the right on the self-determination for the population of Crimea and Ukrainian South-East could to receive the support of Ukrainian and Russian working majority, democratic community and international institutes.

But the realization of this right is directed also against Russian nationalism approving the annexation Crimea. The referendum in Crimea at March, 16, cannot receive international-legal acknowledgment because Russian military withdrawal before its conducting took no place. When significant number of Russian left parties and organizations rejected this demand they played on the hand of Ukrainian and Crimea-Tatar nationalists. Objectively and possibly against their willing this their position means dangerous escalation of the conflict that can lead to military actions.

Let us ask: is or not able modern Russian leadership to assist democratic selection of Crimea and Ukrainian South-East peoples? The answer may be only one – not. The intervention of Russia more and more reminds raid capture of the part of Ukrainian territory. By this Russian power cynically uses in its propaganda all late-soviet and empire slogans. Not only the wish “to rebuild the empire” acts here as driver. The striving to go out from social demands of Russian workings by change them with banal “hurrah-patriotism” is here its main driver. Acting so Russian leadership consciously or non-consciously assist to final split with Ukraine, to the enter NATO forces on its territory, to the transform Ukraine into the country of radical nationalism. So the annexation Crimea can be Pirr victory with catastrophe consequences for Russian and Ukrainian peoples, for their interconnections.

The conflicts around blocked Ukrainian army units on the peninsula in any moment can move events development into military clashes which have own logic. The experience of war conflicts of the end of XX – beginning XXI centuries shows how difficult is to stop this logic even by international mediation. It will be more simply and humane to use diplomatic efforts to prevent a tragic war.

RPK calls left forces of Russia and Ukraine to unite our efforts for peace solution Ukrainian crisis. Our common program will be supported by working majority of our peoples if it will contain follows:


Experience of the history shows that all former revolutions in Russia arose in the situations of unjust, aggressive wars. And if such anti-oligarch revolution will unite in the struggle Russian and Ukrainian workers let those who have power and ownership in our countries does not appeal to the principles of legacy and territorial integrity. If the peoples will rise under the slogan “Peace for huts, war for palaces!” these principles already will not have for them any legal force.
Αναρτήθηκε από Unknown στις 5:46 π.μ.

Declaration of the Conference